What is your Reason for the Season? 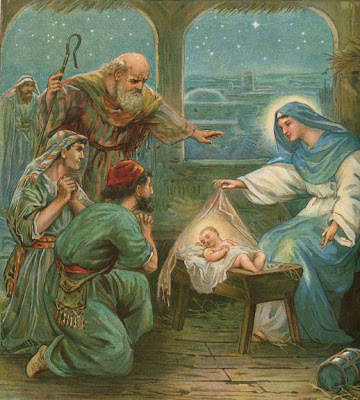 I thought this poem was outstanding. Please allow me to share it with you. Jesus is the reason for my season... and everything else.

"Twas the month before Christmas*

*When all through our land,*

*Not a Christian was praying*

*Nor taking a stand.*

*See the PC Police had taken away,*

*The reason for Christmas - no one could say.*

*The children were told by their schools not to sing,*

*About Shepherds and Wise Men and Angels and things.*

*It might hurt people's feelings, the teachers would say*

*Yet the shoppers were ready with cash, checks and credit*

*Pushing folks down to the floor just to get it!*

*Something was changing, something quite odd! *

*In hopes to sell books by Franken & Fonda..*

*As Targets were hanging their trees upside down*

* At Lowe's the word Christmas - was no where to be found.*

*At K-Mart and Staples and Penny's and Sears*

*You won't hear the word Christmas; it won't touch your ears.*

*Are words that were used to intimidate me.*

*At the top of the Senate, there arose such a clatter*

*To eliminate Jesus, in all public matter.*

*And we spoke not a word, as they took away our faith*

* Forbidden to speak of salvation and grace*

*The true Gift of Christmas was exchanged and discarded*

*The reason for the season, stopped before it started.*

*So as you celebrate 'Winter Break' under your 'Dream Tree'*

*Sipping your Starbucks, listen to me.*

*Choose your words carefully, choose what you say*

Please, all Christians join together and

Wish everyone you meet during the

Christ is ¡The Reason¢ for the Christ-mas Season!