An awakening of something deep 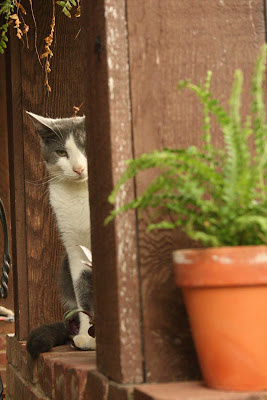 This past Sunday afternoon I had the TV on while I was puttering in the kitchen. I had the OWN channel on (Oprah Winfrey Network), and I have to admit I usually don't have her channel on much, I really don't watch TV much period it's just on making noise in the background.

I guess we do register what we hear in the background because I pretty much stopped all I was doing to watch this program even though I had just caught about the last 20 minutes of it. It was Super Soul Sunday which I hadn't heard of before and Oprah was talking with this man that I had never heard of named Dr. Wayne Dyer. What an enlightenment. I was entranced and I wanted to hear more.

What this man was talking about, how he spoke, his demeanor and all of what he was saying struck such a chord with me. I was enthralled. Before I knew it the show was over and as I was going over what I had heard in my mind, the next program came on. It was a movie with Dr. Dyer in it as himself called The Shift. Wow. I watched with full attention. I even would pause the show and take notes. Tears streamed down my cheeks through much of the show, I'm not sure why. Maybe because I identified so much with the mother in this story. I know I was deeply touched by what he was sharing. I am emotional now just remembering it and writing this.

I find myself wanting to learn more and read or hear more of what he is teaching. If you are like me and had never heard of Dr. Dyer see his website here. He is a renowned author and speaker in the field of self-development. His newest book is Wishes Fulfilled, Mastering the Art of Manifesting. He has many many more.

I live with a lot of negativity around me, as many do, but I think often of choosing to be happy and after seeing these programs I know I'm on to something. What he has to say, if you listen, may just change your life. I think that it is changing my life and I plan to run with it.